The coiled spring: Why markets are primed for the year ahead 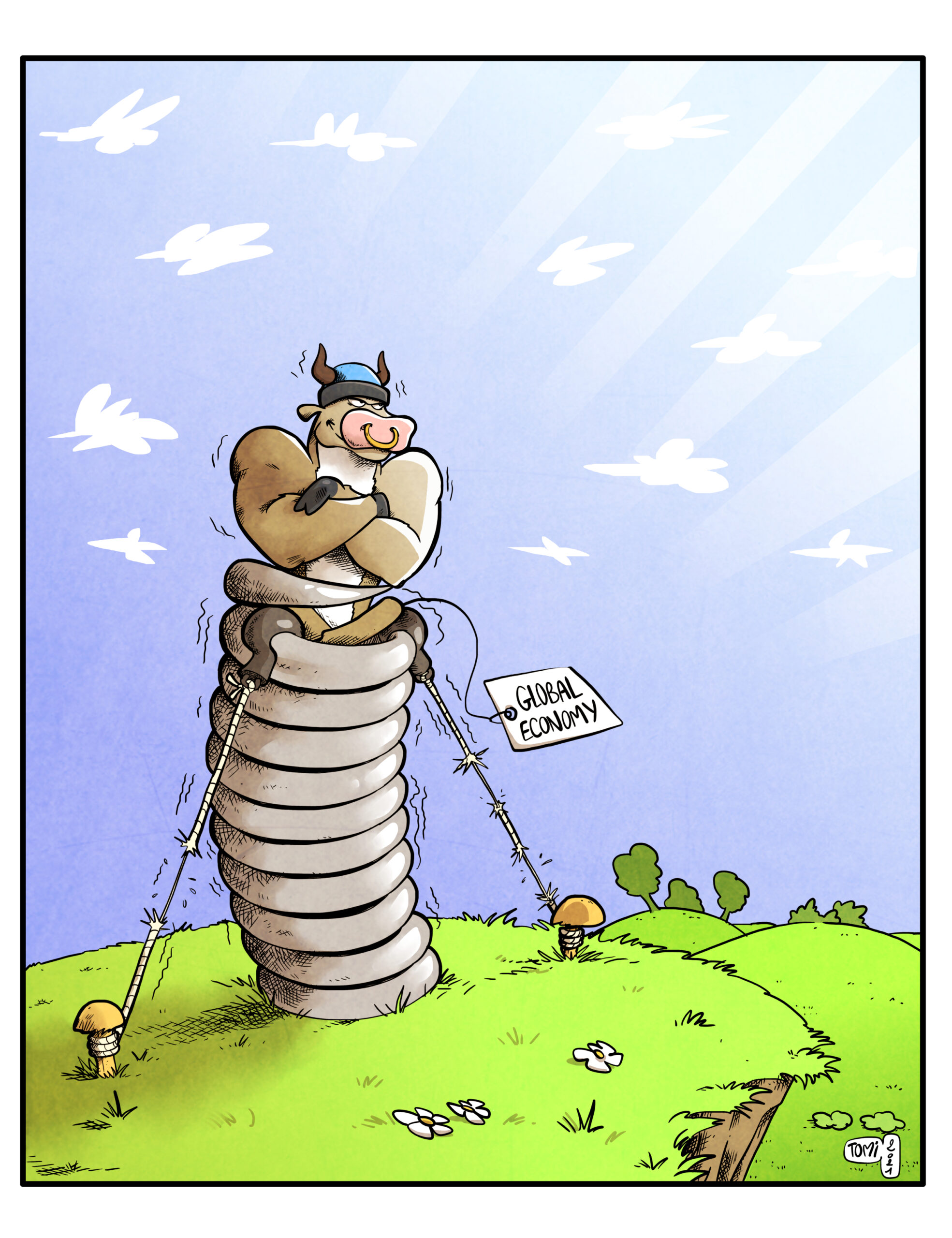 A year into a global lockdown, most people are desperate to get their lives back. With vaccine programmes now being rushed out around the world, the good news is that many of us will soon get that wish. In economic terms, what will be unique about this process will be the speed and ferocity of the bounce back that the reopening brings.

Financial markets currently expect the effect of this to be akin to a coiled spring: an enormous amount of pent-up financial energy sitting there, waiting to be released.

Unlike typical recessions, what differentiates this recent downturn has been its cause – an external shock to the economic system. More normally, recessions are caused by internal shocks. Imbalances build to such a level that the edifice gives way. The resulting fall-out from these events creates significant demand destruction that can take years to fully return. In contrast, the Covid-19 recession has been characterised by deliberate acts of demand suppression. To save millions of lives, governments around the world effectively switched large healthy parts of the economy off.

What’s more, governments have responded to this crisis with fiscal packages that dwarf those seen during any past recession. In economic downturns we expect our governments to act counter-cyclically. As demand suddenly disappears from the economy, governments alone have the ability to engage in the large spending programs needed to make up the shortfall. With this in mind, the lesson most economists took away from the aftermath of the GFC, is that governments were too quick to impose ‘austerity’ on recovering economies. In contrast, however, history will probably show that governments opened the spigots too wide following Covid-19. Looking at the US as an example, it is estimated that the Covid-19 recession has cost US households c.US$400Bn in income. Against this, the government has already doled out US$1Tn in transfers, with five out of every six unemployed people taking home more from unemployment benefits than they received in their prior job. In addition to this, and with democrats now (just) controlling all chambers of government, Congress is currently debating a further $1.9Tn relief spending package.

Have money, will spend

This moves us onto another key argument supporting the coiled spring theory. Due to forced restrictions on individuals’ spending and unprecedented government largesse, households have substantially strengthened their finances throughout the lockdown. This is highly unusual behaviour during a recession. Andy Haldane, the Chief Economist at the Bank of England, recently predicted that UK households could be sitting on £250Bn of excess savings by June, some 20% of annual household spending in the UK. In the US, excess savings are already estimated to have reached US$1.5Tn. They are forecast to hit US$2Tn if the latest Covid relief package is passed.

Having been locked away for over a year, it is no stretch to envisage people being eager to get out and spend this money. How much of it they will spend is hard to know. Unlike a typical recession, government actions have spared us the usual trauma that big downturns bring. While Covid-19 has brought immeasurable suffering to society, most households have come through this period well-supported and with increased savings. Given this, it is easy to picture consumers coming out of the blocks with a far greater willingness and ability to spend than we normally see during a recovery.

Added to this, government spending is also far from done. In Europe, the new €750Bn EU recovery fund has barely begun disbursing its money. In the US, while the initial headline figure of the US$1.9Tn in additional relief may be pared back on its passage through congress, expectations are settling on it still ending as high as US$1.5Tn. Moreover, parts of this package could boost demand well beyond the headline numbers. As well as its spending provisions, the current proposal includes legislation that would more than double the US minimum wage – from $7.25 an hour to $15. What’s more, the new Biden administration has its sights on a further US$2Tn green energy and infrastructure spending bill being its next legislative objective. If passed, these programs combined will deliver total spending of more than 15% of US GDP.

Financial markets are now anticipating this upswing with a giddy mix of excitement and fear. The excitement is the easier part to understand. Global GDP growth expectations have steadily been marked higher over the past two months, particularly in the US, which, before the arrival of Covid, had been the key driver of global equity returns. Indeed, in recent weeks, a number of the major investment banks have been pencilling in US growth rates of over 6% for 2021. These sorts of figures would imply that US GDP will be higher in 2022 than it would have been absent the pandemic. If that bears out it will be a remarkable development.

Naturally, expectation of the strong bounce-back have fuelled investors’ animal spirits. February saw the largest weekly inflow into global stock funds on record, with investors betting that the recent strong run in share markets has further to go. Boosting the appeal of equities today is what is known as the TINA (‘there is no alternative’) phenomenon. With investors facing negative real (after inflation) interest rates, there are few viable alternatives to equities left for investors to consider. If you need to earn a perceptible return on your savings, you have no alternative but to move a long way up the risk curve.

That brings us onto the fear. With signs of wide-spread investor bullishness everywhere, a debate has opened about whether this good news is already priced into markets, and whether stock markets, particularly the tech sector, are moving towards the later stages of an asset price bubble. Unfortunately, these sorts of questions are essentially impossible to answer in advance. Moreover, history shows us that, once primed, markets tend to follow their own momentum until they hit a clear opposing force. With negative real interest rates, vast amounts of government stimulus coming through, and expectations of a very strong rebound in growth, there is only one obvious roadblock ahead on the horizon – the return of inflation. For the last forty years, essentially every inflation scare the market has faced has proved to be a false dawn. Whether it does now make a return is likely to be the defining issue for markets in 2021. If it does not – and absent some other external shock – there seems little standing in the way of the market bulls.