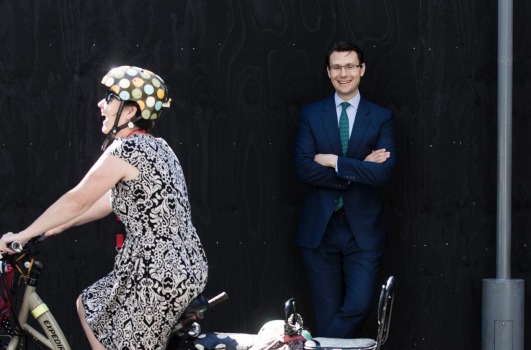 By Vesna Poljak of the Australian Financial Review

When Miles Staude reported for duty at his first broking job in the City more than a decade ago, his immediate task was breaking some delicate news to a roster of Russian investors: a gold mine they had backed was quasi-nationalised in Kyrgyzstan’s Tulip revolution of 2005.

Nobody would see a cent returned.

“My first real job in London was to spend a month on the phone explaining to the bank’s clients what happened and letting them know that the people of Kyrgyzstan thanked them for their patriotic donation to their cause,” he recalls.

“It’s a privilege to manage other people’s money,” the now-fund manager says. His experience of the Tulip revolution – as removed as it was – has never left him. “In all seriousness, that has probably informed getting away from that Australian mentality of boom or bust; it has informed my thinking about risk.”

Mining is in Staude’s blood – his father co-authored the Joint Ore Reserves Committee (JORC) standard of reporting – but it was working in the hedge fund industry that he really found his calling.

Now, he has his sights on Pershing Square, Bill Ackman’s activist hedge fund, which has blown out to a massive discount after a string of bad and incredibly public bets on the billionaire’s part.

“This is a Wall Street Journal story waiting to happen, he’s just broken out to a 25 per cent discount in the last month. He can’t stay there for a long period of time, it’s just not plausible,” says Staude. The theory behind his Pershing position has almost nothing to do with Herbalife, which Ackman has lost money shorting after getting blown up by Valeant Pharmaceuticals.

For all the theatre that Ackman generates – his crusade against Herbalife is captured in the documentary Betting on Zero – Pershing deploys a simple model.

“He buys large cap, S&P stocks, there’s nothing small or esoteric, and generally they’re stocks where he wants them to rip out costs – a very private equity model. But they’re big vanilla stocks, there’s no reason you should apply a 25 per cent discount to them,” explains Staude. “For what it is, it’s extreme.”

The Australian agrees with Ackman’s conclusions on Herbalife, a direct marketing company that promotes nutritional supplements: “Unfortunately, it’s gone up 50 per cent and he’s short.”

“What I’m encouraged by is [Pershing] would agree, the current situation is not acceptable and not sustainable. I think the reason it’s at a 25 per cent discount is the market’s basically pricing in future poor performance, everything that could have gone wrong for him has gone wrong. He invested in Herbalife, it’s gone massively up; he recently invested in Chipotle, rats in the roof, an e-coli scare, data hack. Lots of negative noise, but it’s a simple business, it’s not going bankrupt, it generates a lot of cash.

“The discount’s just absurd. We think there’s a lot of upside if he just stops losing money for a little while. Which is a low hurdle.”

“If he’d had an amazing run, if we were sitting here going, ‘wow, Bill Ackman is up 100 per cent in one year’, everyone would say, ‘well that’s great, but it’s not sustainable’. A bit of negative news, some CNBC stories about rats falling out of the latest investment, and the thing has just gone out to this crazy discount,” Stuade says..

“There’s multiple ways to win. The bet is so skewed. If you said to me, ‘here’s a random selection of S&P stocks’, do you think it will behave that differently to the market? No. At a 25 per cent discount you are so far onside.

“He could have a bit of good performance, and very quickly that sentiment would turn around. You get the good performance and you get the discount [narrowing]. If he continues just muddling along, the arbs are going to start applying a lot of pressure and where I think this becomes a bit exciting for the news stories of the world is he’s pissed off a lot of people, and there’s a lot of very big hedge funds out there that see the discount.”

Alternatively: “If the sentiment turns around a little bit, I think the thing goes from a 25 to a 15 [per cent discount].”

As for Global Value Fund, it is enjoying trading at a premium and has returned on average 12.5 per cent annually since listing, after fees.

“What I did from the start was really try and put together a product that I thought would suit someone like my dad. The big themes in Australia right now are everyone needs more international exposure, and that’s wonderful, but in practice what happens is people end up owning Amazon and Facebook and Google, which are wonderful stories, but from an investment point of view these are really high risk-high reward situations and they don’t pay any yield and they have no franking,” Staude says.

“Is that really what a retiree’s supposed to have in his portfolio? Are you looking to make 50 per cent or lose 50 per cent over the next few years? What I try to do with Global Value is create a product that really took the things I thought hedge funds did really well.” Specifically, he means managing risk in that the fund has about half of the risk of the equity market.

“There’s so many of that generation that are just brought up punting little gold stocks, they can’t help it.”

Global Value pays everything it makes back as yield. “So we won’t grow the fund through sitting on retained earnings. We launched at $1 and we paid out 19¢ in dividends and franking since we started.” It is yielding about 5.5 per cent.

Staude’s business partner is his wife, Emma Davidson, a former investment banker with “a serious CV”. Chris Cuffe is a director of the LIC.

“What he’s doing on a $140 million LIC board, I don’t know,” he says. “I genuinely pinch myself that I turn up to board meetings and sit next to Chris Cuffe.”

Unlike in Australia, LIC options in the UK do not lapse unexercised. This was the seed of a profitable trading strategy Global Value used to participate in a conversion below-market for a neat 5 to 6 per cent return.

“The administrator’s allowed to exercise it on the underlying holder’s behalf. If you forgot you own the options, you wake up one day and you get a check in the mail,” he explains. But: “These administrators don’t have any balance sheet themselves, so what they have to do very quickly is place a large block of stock.

“Those are the little trades we get up to.”

Staude is based in London these days but comes back to Australia once a year. What has struck him upon visiting Sydney is the increase in wealth. “When I left, everyone would have a Tooheys and a steak, and now I come back and everyone’s having craft beers and wagyu beef burgers. It’s an amazing change,” he says.